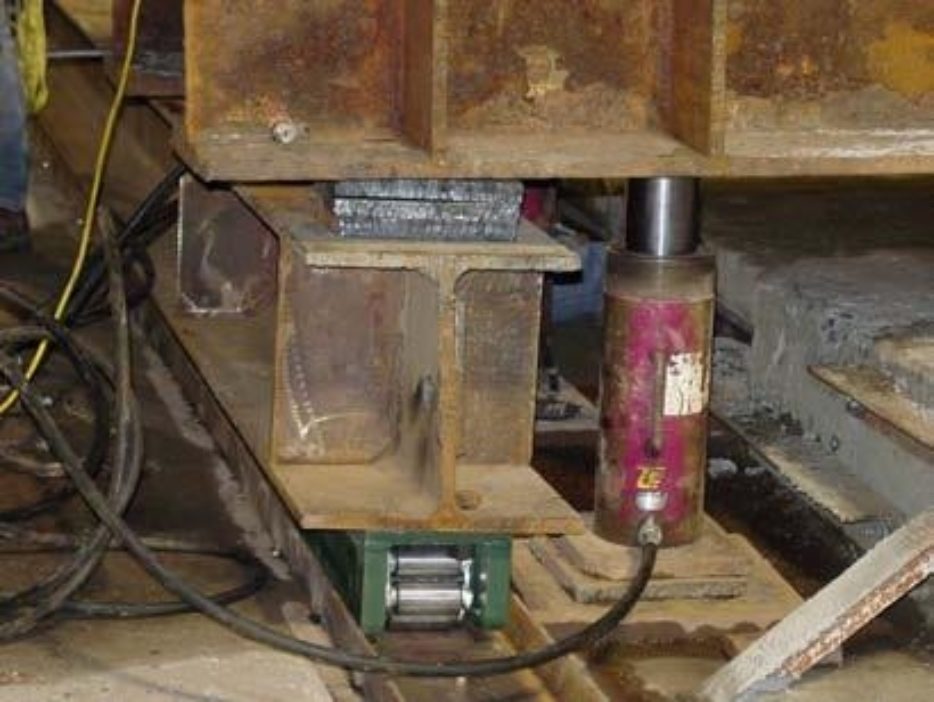 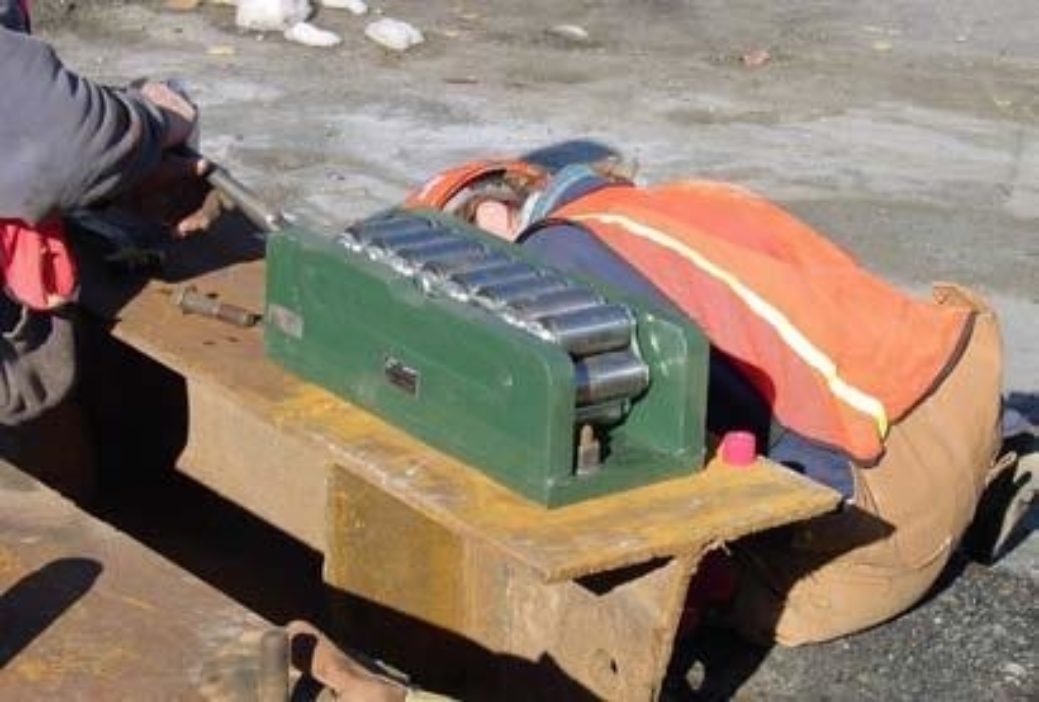 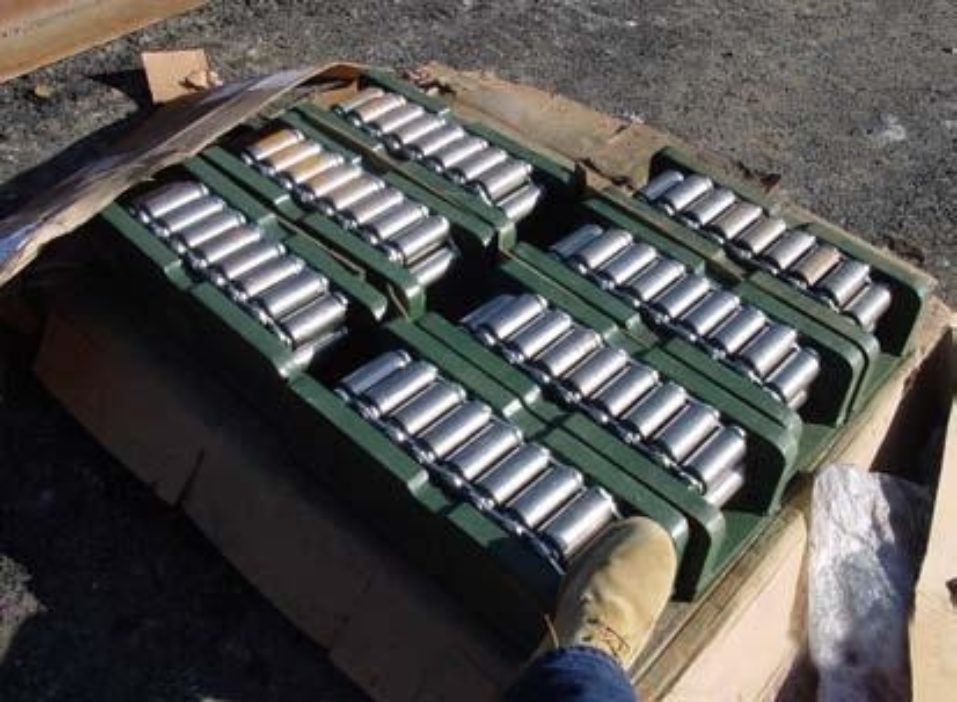 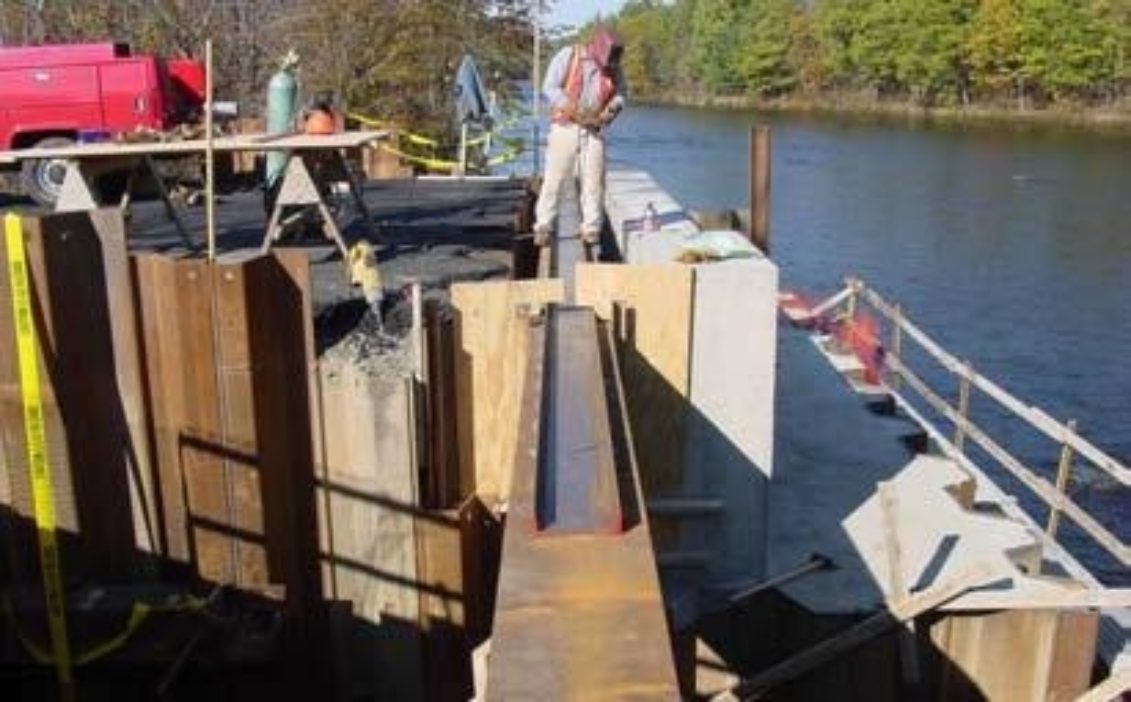 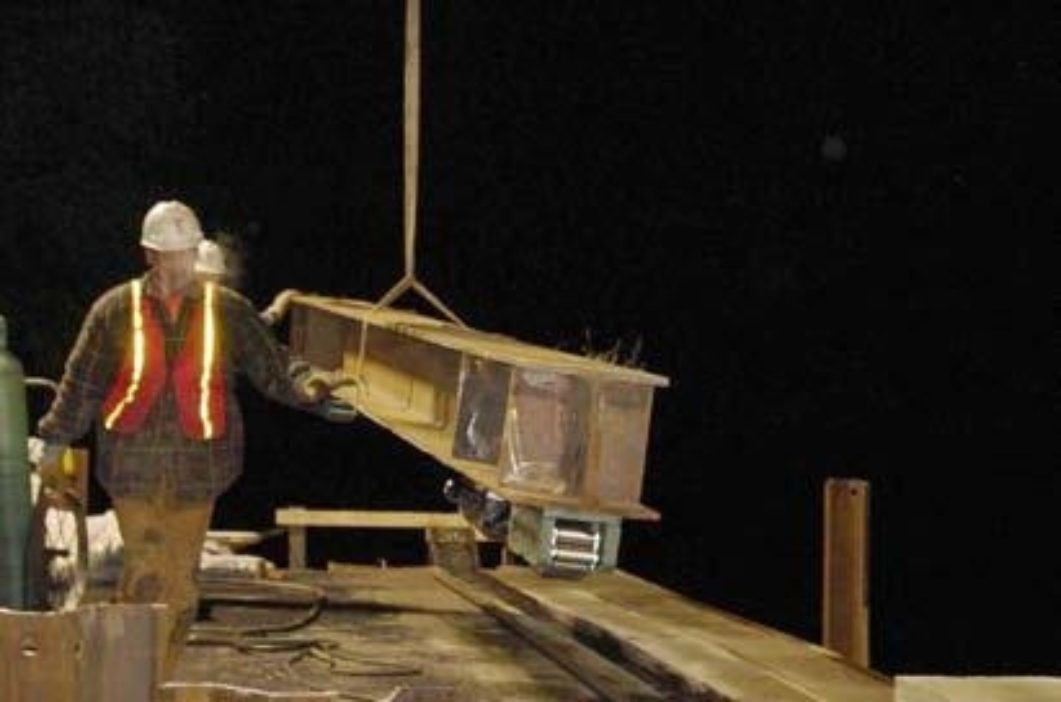 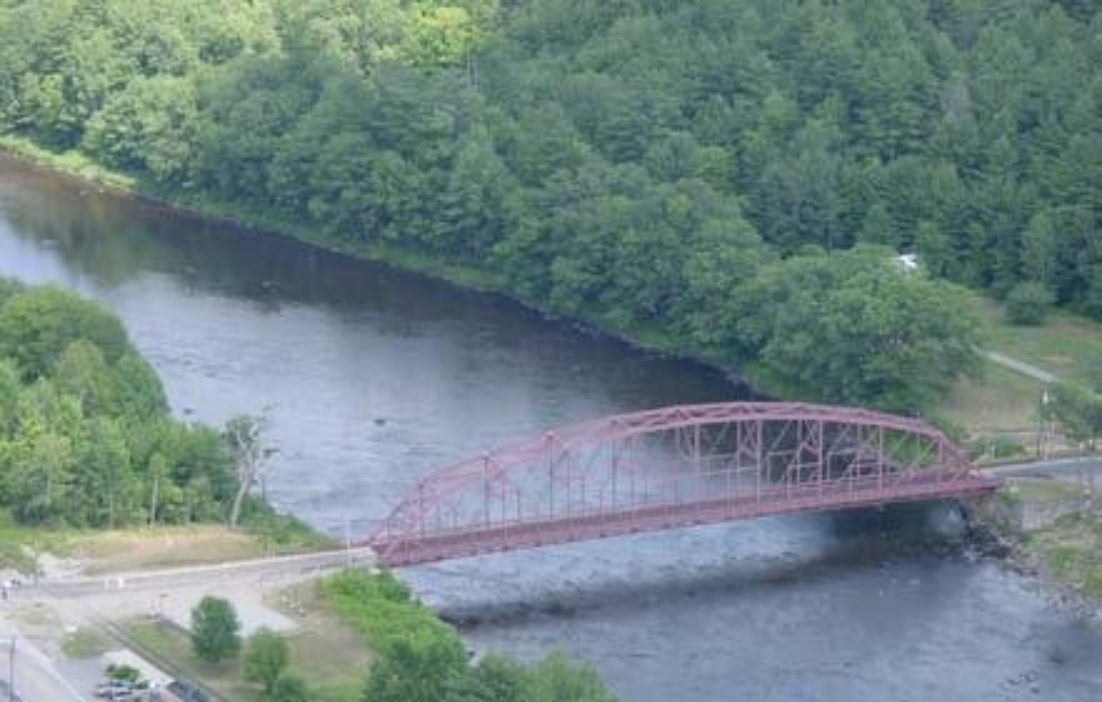 Lateral roll was chosen for moving a structurally sound bridge in a well-known city suburb as it was the quicker and cheaper means to an end. Eight 90 tonne Hilman Rollers were used to accomplish the move (four per side). Each of the rollers was bolted up to a load bearing beam. Care was taken in order to ensure parallel alignment of the roller to channel and movement of the bridge. The channel for roller movement was then installed as a clean, flat, and parallel channel helped maintain a 5% or lower coefficient of friction. The load beams with rollers attached were then lowered into position in the channel. After jacking the bridge up, the load beam was then pushed into position and shims were added to take up the difference. The jacks were then disengaged and the bridge then rested upon the load beam and rollers. The bridge was moved into its final position via hydraulic screw pull rods. It is shown in position over new foundation / footings.