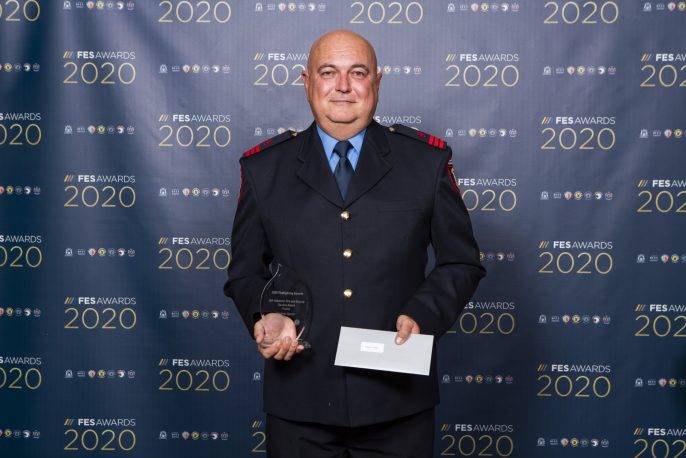 Since 2016 Graeme has been a member of the Port Hedland Volunteer Fire & Rescue Service, in this time he has spent 18 months as the Lieutenant and the past 3 years as the Captain.

When asked about how he felt receiving such an honorary award, Captain Hunter said, " We have grown to a crew of 45 volunteers from various backgrounds in the community all with one common goal to help the community in its times of need. We respond to various incidents ranging from Structure Fires, Bush fires, Road Crash Rescue to Hazmat situations, and even children locked in cars. With an average of 120 call-outs a year it does keep us busy.

It has been an honour to be nominated by my crew for such an amazing award and recognition by DFES (Department of Fire & Emergency Services) who chose me to be one of 3 nominees out of the 26,000 plus volunteers who look after this great state.

All of this is also possible by the support shown by Specialised Force in the way of donating equipment to the brigade and allowing me the time off when required. Companies such as Specialised Force are truly a supporter of the communities they operate in and around."

Back to News Events

Emergency lighting has been donated to local volunteer firefighters, as they respond to fires and traffic accidents in Hedland.About $3000 w...