Webtool Emergency Tow Rope Cutter: A Cut Above the Rest 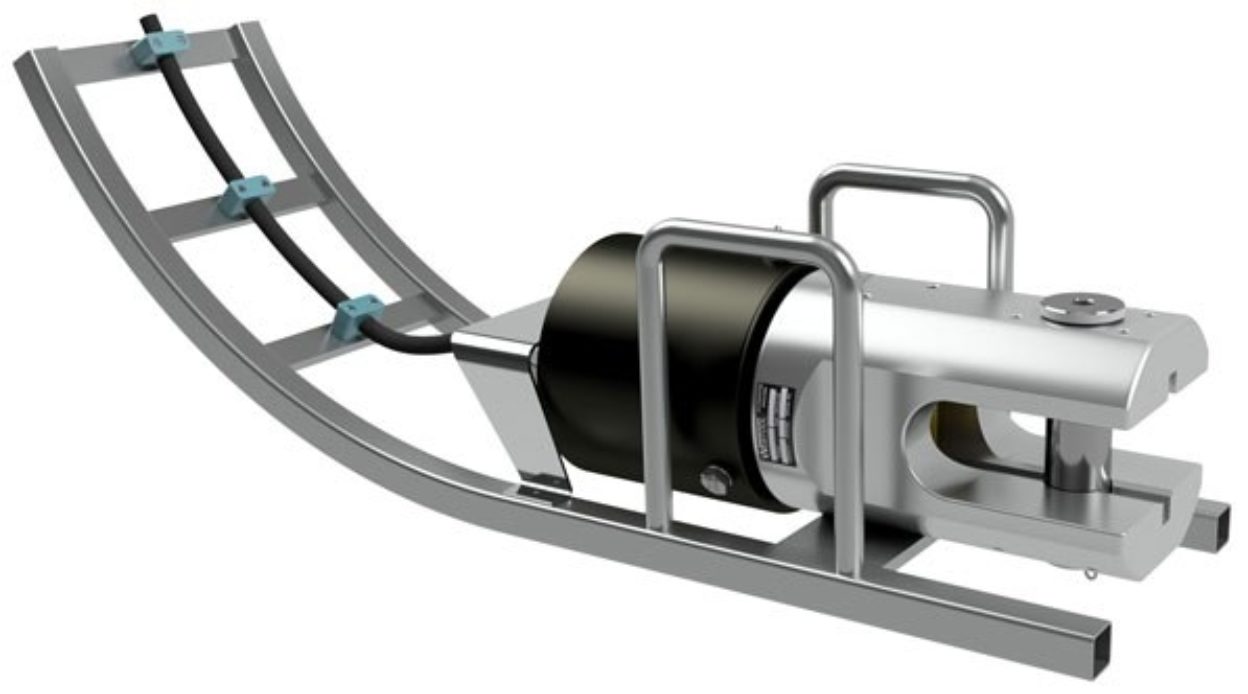 Webtool Emergency Tow Rope Cutter: A Cut Above the Rest

Incidents of girting are the tug’s response to unexpected and sudden movements by the tanker. Once in difficulties, seconds count if capsize is to be avoided. Tugs often rely on rapid tow line pay-out by the rope winch to prevent capsize. In the event, this doesn’t solve the problem, and the tug either doesn’t or can’t cut the line, the Webtool emergency cutter allows the mooring master to take the initiative and disconnect the tow line.

Ahead of single point mooring (SPM) offloading, the Webtool deck mounted cutter is deployed to the tanker. It comprises two portable units: a cutter (and reeled hydraulic hose) and a hydraulic power source. The cutter is mounted on a skid frame and positioned on the poop deck with the towing line in the cutter’s jaw in preparation for the emergency cut.

The cutter’s hydraulic hose is paid out to the power source positioned at a safe distance from the cutter. From here the mooring master is ready and able to activate the towing line cut, in the event of the tug getting into difficulties. The cut towline, still attached to the tug, then drops to the seabed away from the tanker.

“The Webtool deck mounted cutter is the final resort if all else fails,” says Colin Schroder, managing director, All speeds, makers of Webtool hydraulic cutters. “By positioning the emergency cutter on the tanker, it allows the mooring master to release the tug, safe in the knowledge that the cut is instant and complete.”