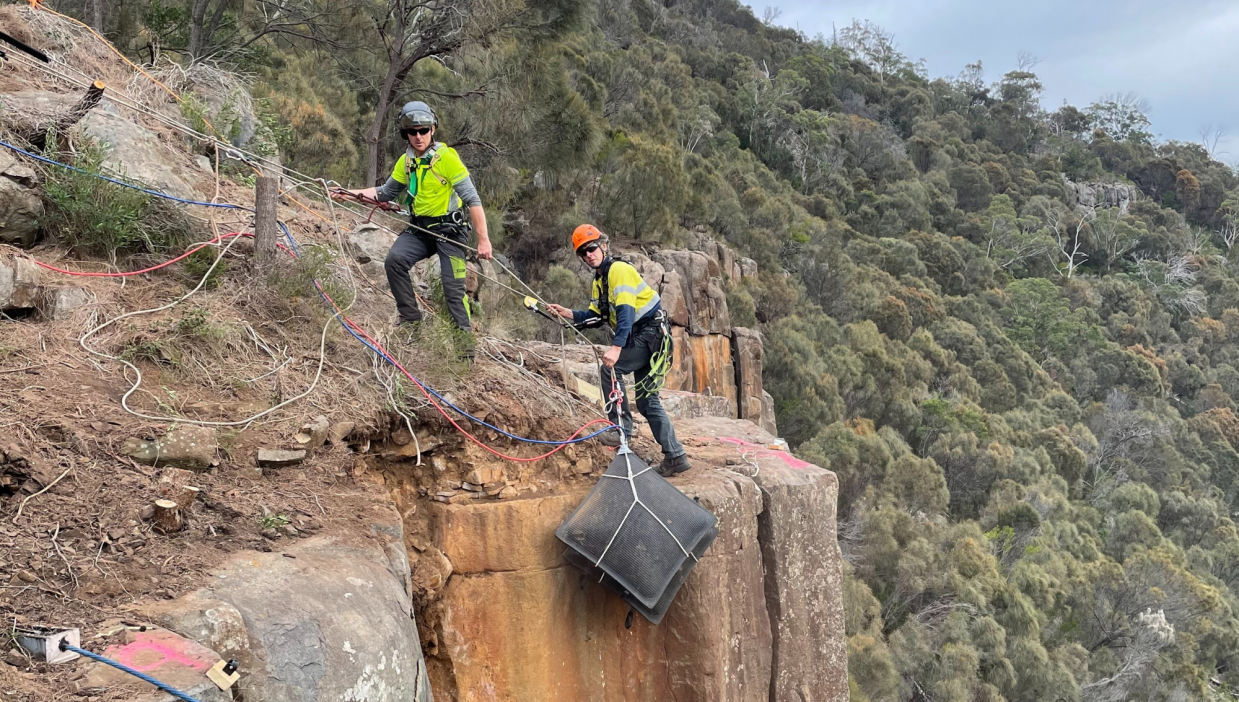 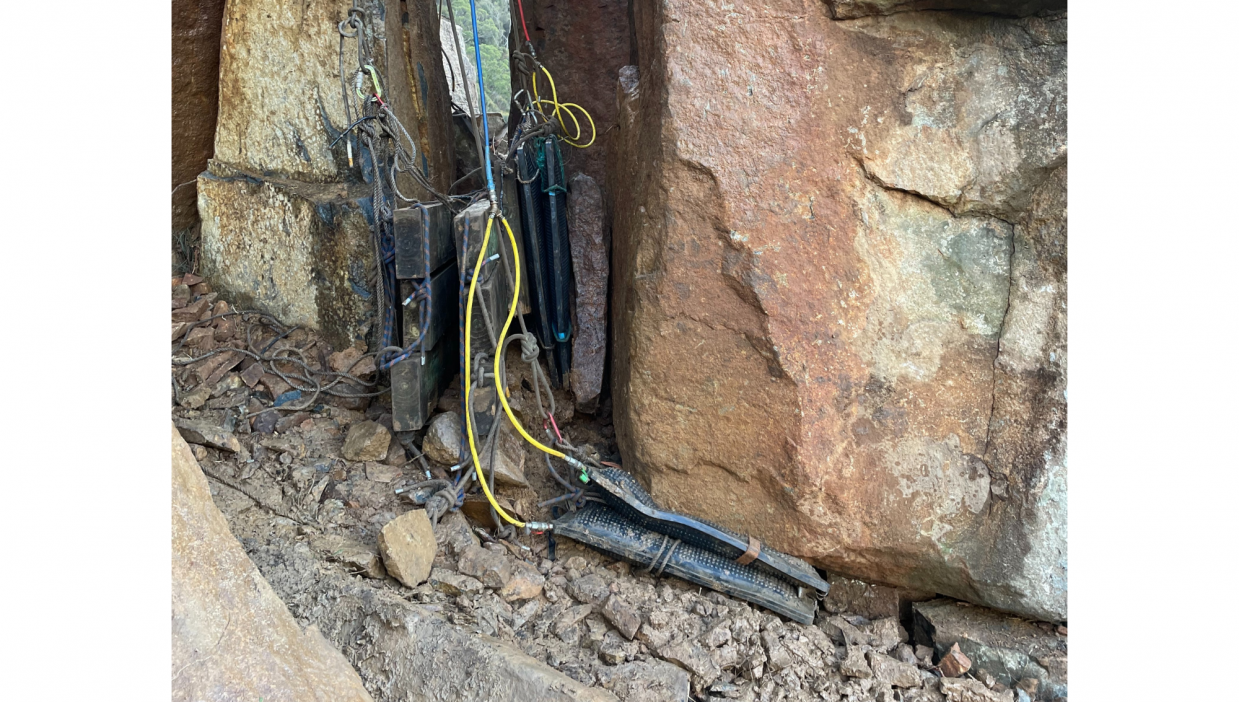 As part of its work to maintain a safe road network, the Tasmanian Department of State Growth has been proactively monitoring the stability of rocks above the Tasman Highway at Paradise Gorge near Orford.

In late May 2021, the Department received expert advice that there was a need to investigate the removal of rock to manage the risk of a rockfall. With frost forecast in the area, the main route between Hobart and popular tourist town Orford was closed for several weeks to "manage the risk of a major rockfall".

Spider Tech Supplies contacted Specialised Force - Victoria for specialised Equipment to help remove larger shards of rock that have accumulated on the rock face during the removal process.

The Durapac range of KPL series high pressure, Kevlar® reinforced air lifting bags were offered. 40 Tonne and 70 Tonne Durapac KPL series airbags were used for the application. The airbags were Heli-Lifted from Specialised Force - Brisbane to the top of the cliff in Tasmania within 23 hours of placing the order.

2000 tonnes of large rocks that had been identified as posing a high risk of rockfall, were dislodged from the rock face during the removal works. The heaviest rock that the team were able to remove with a single push was 250tonne. This task was completed in 3 weeks without any injury.