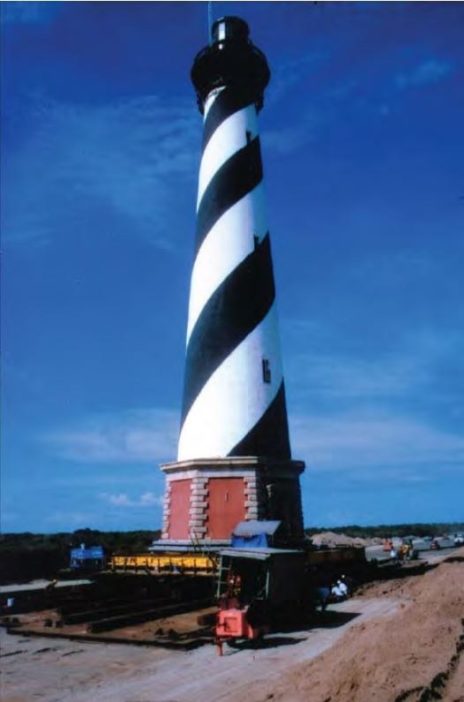 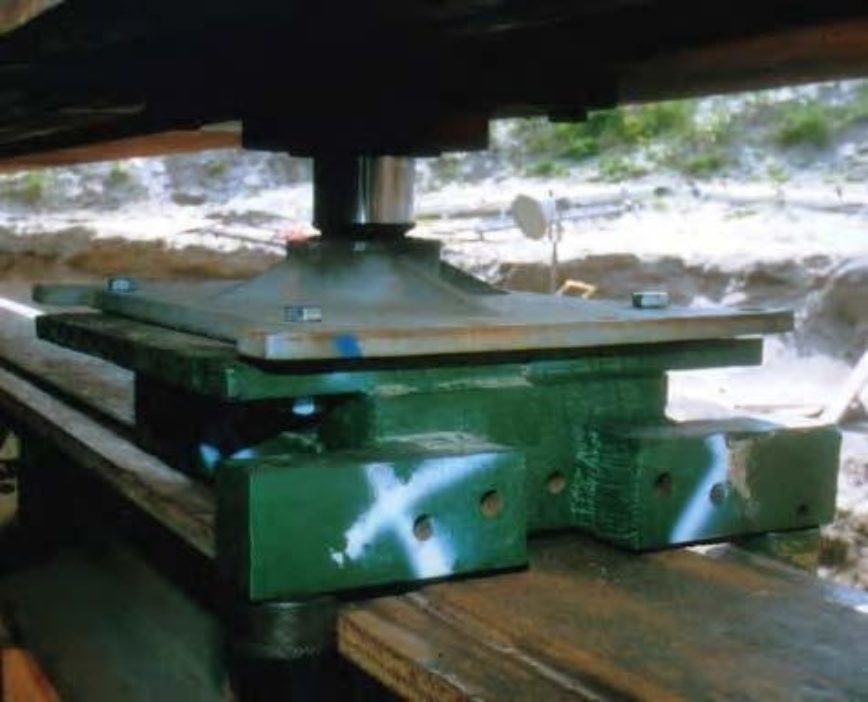 A famous lighthouse weighing in at 4354 tonnes was required to be moved 884 metres from its current resting place which was 487 metres from the sea. The new site was also at a slightly higher elevation which meant the move would be slightly up hill. It was decided to roll the lighthouse to its new resting place in order to preserve the structure and to eliminate substantial reconstruction costs. A total of 100 modified Hilman rollers, each with a capacity of 90 tonnes and equipped with Accu-Roll guidance, were used to complete the feat. In addition, the roller top plates were equipped with a ball socket plate to accept a hydraulic jack which was part of the unified jacking system. The rollers travelled on steel I-beams and carried a support assembly consisting of twin I-beams. The twin I-beams were parallel to the travel beams and on top of them were crossbeams which carried the lighthouse base. Hydraulic rams anchored to the travel beams pushed against the twin I-beams which provided motive force for the move. The historic and famous lighthouse that guided mariners to safety for more than 100 years can now be maintained as a historical site for the National Park Service.